After the year 2020 was – everyone needs a drink and a new start with the new year! January is the perfect month to start anew and make some awesome bourbon cocktails.

As with all of our boxes – we will supply you with the ingredients for three cocktails. This month’s box contains the following cocktails –  The Brown Derby, a cherry lime bourbon fizz, and a Swtichel – read on to find out what this is! The mystery gift is a jigger so throughout the year you will have the right tool to measure all the ingredients. If you want to skip ahead, you can order here! 3 cocktail recipes are included in each box with enough to make 4 cocktails per recipe for a total of 12 cocktails!

Let’s explore the box that will be released in January 2021! Wow, I need to remember to write 2021 now on my checks…

The Brown Derby, originally called the “De Rigueur” in cocktail books, is a three-ingredient cocktail that was named after the Brown Derby hat-shaped Los Angeles diner. It consists of bourbon, grapefruit juice, and honey syrup. The cocktail was created at The Hollywood Reporter founder Billy Wilkerson‘s Vendôme Club on Sunset Boulevard in 1930. 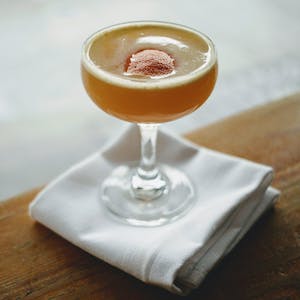 Meanwhile, back in New York City, people were also drinking a cocktail called The Brown Derby in the 1930s. David Wondrich turned this version up in the files of Esquire and wrote about it back in 2002. Apart from similar proportions, it doesn’t seem to have anything to do with the De Rigueur. It first appeared in Esquire’s “Painting the Town” column in 1935, in which the unsigned author wrote, “Amen Corner of Fifth Avenue Hotel gave me my chance to imbibe a Brown Derby amid politicians and litterateurs, who also eat there.”

The Brown Derby wasn’t very popular – but then during the early 2000s when there was a revival in making cocktails. Bartenders started looking back into ancient bartender guides and resurrecting long-dead spirit libations for enthusiasts. Dale DeGroff was one of the first to record a whiskey version of the cocktail that he found in the tome Hollywood Cocktails and published it in his pioneering volume The Craft of the Cocktail (he published his book in 2002). (credit to Robert F. Moss)

This delicious cocktail was posted on HonestCooking.com. 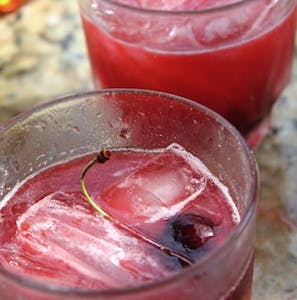 During the long winter, we all can rely on a good cocktail like this Cherry Lime Bourbon Fizz to remind us that summer isn’t that far off. This concoction does the trick and has some citrus to give it some punch as we wait for that summer solstice to roll around.

Bourbon and cherries love each other, and lime juice and a bit of fizz make this more summery than its Manhattan kin.

This recipe was from liquor.com. 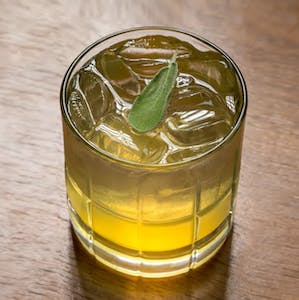 The switchel is thought to have originated in the Caribbean and became popular among British colonists in 17th-century New England. It typically contained apple cider vinegar, ginger, and a sweetener, and today, as with the popularity of shrubs and kombucha, the switchel has made a comeback.

Kevin Murphy, the bar director, and assistant manager at Daisies, an American restaurant in Chicago, praises switchels for their health benefits. “Switchels make for an effective electrolyte-replenishing beverage,” he says. “Ingredients like honey, vinegar, molasses and ginger, along with other herbs and sweeteners, were commonly used; many are still prized for their nutritional value.”

When he found that he was disappointed in the flavor of many commercially available varieties, he decided to create his own, using apple cider vinegar mixed with honey syrup and topped with sparkling water. He even uses a homemade apple cider vinegar, but a high-quality organic commercial brand works equally well. (description and interview courtesy Liquor.com)

That’s the rundown of the Bundled Bourbon Box for January 2021! No alcohol is in this box – we will tell you what to provide in the kit instructions!

This box is available now through January 8 – subscribe to get yours! 3 cocktail recipes are included in each box with enough to make 4 cocktails per recipe for a total of 12 cocktails!